A recap of the first training course within the IWB project 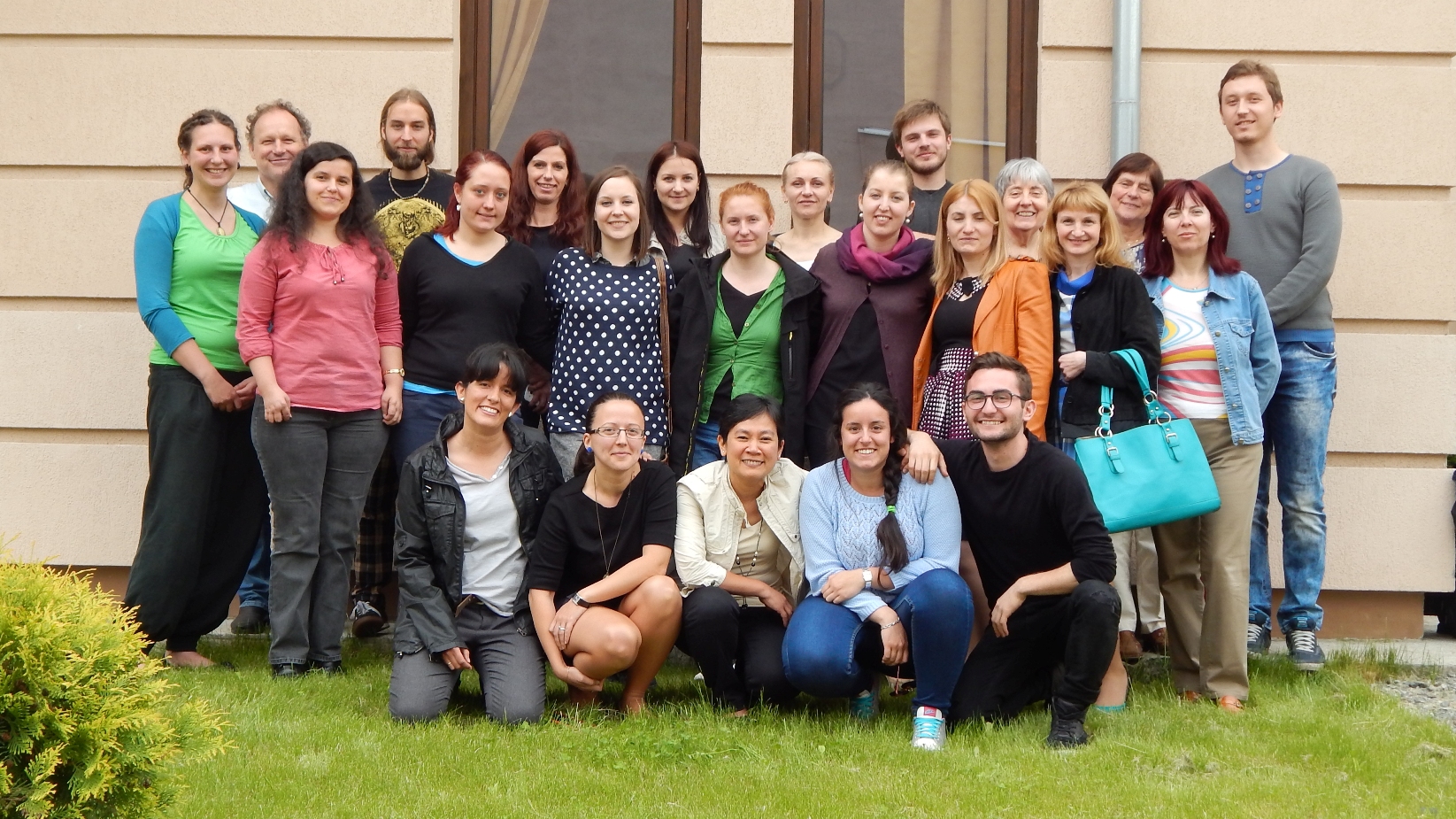 Two weeks ago, the training course on Intercultural Understanding and Management of Diversities as a part of the project Integration Without Borders took place in Satu Mare, Romania – hosted by the partner organization in the project Caritas Satu Mare, under the coordination of Palacky University Olomouc (UPOL). After a welcoming speech by professor Kvetoslava Princova from UPOL, the training course started on Friday, the 15th of May with trainers professor Julia Gonzalez and  professor Wolfgang Bosswick opening the training course by giving an introduction to the project and why they were among the initiators of it. Professor Bosswick explained the importance of good practices sharing and how even though work with minorities is rather new in some countries in Europe, there are countries that have worked with different minority groups for quite a long time and we are lucky to have partners in the project who can share their experiences in this field and inspire each other for further projects and activities. Professor Bosswick invited all of the participant organizations to share their good practices in the two competences that were discussed.

The representatives of Centre for Social Initiatives Nadez, our educators Hristina Jovanoska and Jovica Dimitrijevski as well as our PR Slave Angelov (who is also a trainer in the project) talked about our project Education Through Street Social Work, funded by the Schuler Helfen Leben foundation from Germany. “Education, Cultura y Solidaridad“, The Palacky University from Olomouc, “Caritas Satu Mare“, Preshov University from Slovak Republic and finally “Education for an Independent World and the European forum for migration studies in Bamberg shared their chosen good practices in the two fields of competence, while professor Bosswick gave an analysis of all practices and gave everyone an opportunity to ask more about each other’s projects.

The second day, after a presentation on the different aspects of Intercultural Understanding by professor Gonzalez, there were working groups, in which the trainees or participants in the training course discussed the particularities of each project and the common aspects of the different projects. The participants successfully dug for the roots of each of the problems that inspired the particular projects, thus managing to find out which methods would work best for their organizations in the communities that they work in.

The third day of the training evolved around the different cultures that the participants came from, and how much they actually knew about the cultures of the other participants. The participants observed an iceberg system of values, identities, cultural norms, behaviors and general ideals that a culture is made of, and the quantity of these values that is visible outside of the culture or the community. In the spirit of intercultural understanding we had the participants of each country to describe another country and their most valuable identifiers, as well as their own country and the values they deem representative of them.

The fourth day of the training we continued to explore the iceberg theory, through group discussions on the importance of different cultural elements over each other. We discussed why and how representative they are of the various cultures across Europe and what according to us were the elements that sink to the bottom of the iceberg and are unseen by the surrounding, as well as which elements were the most visible to the outside and whether they were placed where we wanted them to be.

The last day of the training course all of the trainees presented the cultures of the minority or migrant groups they are working with in their respected communities. They talked about the reasons of migration, their needs, problems, the obstacles on their way to integration, and what they wanted from the country they live in as a minority. The groups used their knowledge and understanding of the topics that they explored at the training, and incorporated it in their studies when coming up with the presentations. In the afternoon we discussed management of diversities through a good practice from professor Alexander Mushinka’s work, a representative from Presov University in Slovak Republic. He then led us through a short lecture on the topic of social stratification and how important it is to understand the different phenomena associated with the behavior of our target groups and our expectations of them. At the end of the training,  everyone was awarded an attendance certificate.

The training course was followed by a transnational meeting with all of the partner organizations’ coordinators, including our president (and coordinator from C.S.I. Nadez ) Klara Ilieva, where the next steps of the project were discussed, including the following training course in Madrid, Spain in January of 2016. After the transnational meeting, we held a dissemination event in front of local representatives of the NGO sector, local citizens and local media interested to know more about the project.

The next training course will be on all four competences of the project: Intercultural Understanding, Management of Diversities, Social Entrepreneurship and Project Development; in Madrid, Spain starting on January 18th.

Check out the tos from the whole training on this link. 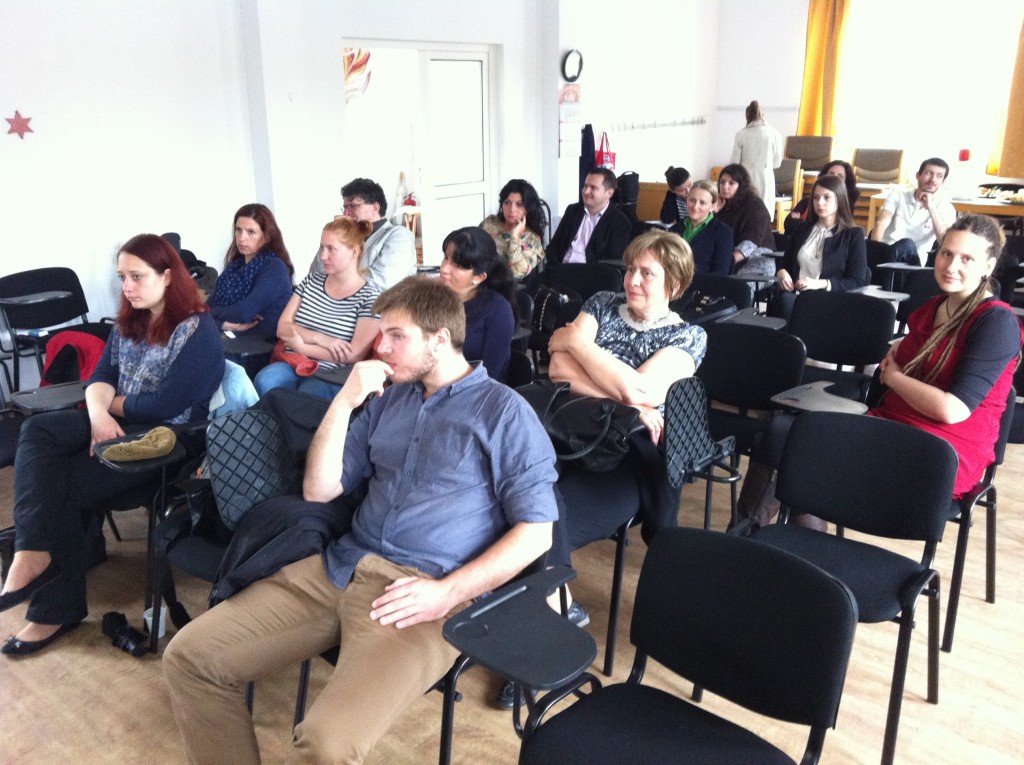 Sorry, the comment form is closed at this time.

We use cookies on our website to give you the most relevant experience by remembering your preferences and repeat visits. By clicking “Accept All”, you consent to the use of ALL the cookies. However, you may visit "Cookie Settings" to provide a controlled consent.
Cookie SettingsAccept All
Manage consent

This website uses cookies to improve your experience while you navigate through the website. Out of these, the cookies that are categorized as necessary are stored on your browser as they are essential for the working of basic functionalities of the website. We also use third-party cookies that help us analyze and understand how you use this website. These cookies will be stored in your browser only with your consent. You also have the option to opt-out of these cookies. But opting out of some of these cookies may affect your browsing experience.
Necessary Always Enabled
Necessary cookies are absolutely essential for the website to function properly. These cookies ensure basic functionalities and security features of the website, anonymously.
Functional
Functional cookies help to perform certain functionalities like sharing the content of the website on social media platforms, collect feedbacks, and other third-party features.
Performance
Performance cookies are used to understand and analyze the key performance indexes of the website which helps in delivering a better user experience for the visitors.
Analytics
Analytical cookies are used to understand how visitors interact with the website. These cookies help provide information on metrics the number of visitors, bounce rate, traffic source, etc.
Advertisement
Advertisement cookies are used to provide visitors with relevant ads and marketing campaigns. These cookies track visitors across websites and collect information to provide customized ads.
Others
Other uncategorized cookies are those that are being analyzed and have not been classified into a category as yet.
SAVE & ACCEPT