Skopje Tafel – Everyone can help 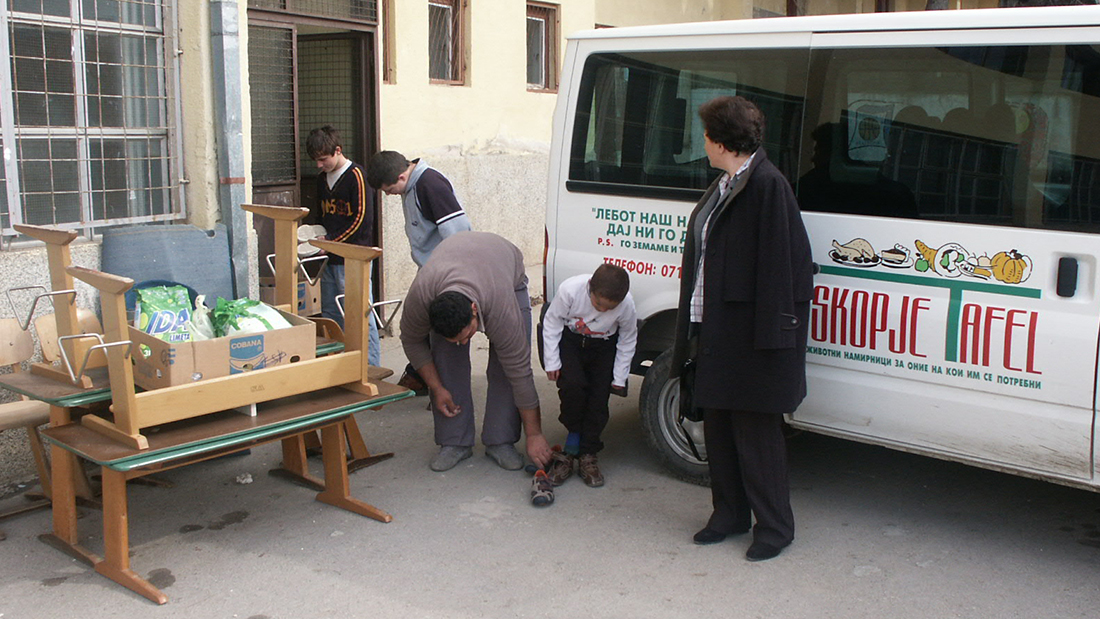 According to several studies, C.S.I. Nadez has determined the districts where the poorest population in Skopje lives, and covered those who live way below the poverty line. Skopje Tafel helps people in need to bridge hard times and get motivation, in order to overcome their problems. Once the food (supplies) is collected from the donors it will be distributed directly to the families’ homes, given to the homeless, to the children on the street, to community kitchens etc. The project entails four components:

Improved diet and quality of life of the poor population in the vicinity of Skopje. The values of empathy, solidarity and humanity were applied. Sensibly used food and clothes.

To collect and distribute food and clothes to the people in greatest need; to spread the values of empathy, humanity and solidarity.

The poorest population of the municipalities in Skopje: Children from the street, homeless people, prostitutes, drug addicts, poor families which do not receive social protection, community kitchens.